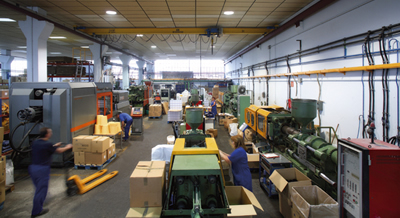 The Companys name of Archivo 2000 initially comes from the companys activity, which is binders manufacturing and from its founders visionary position well ahead the year 2000.

The commencement of Archivo 2000 was when it started manufacturing a binder in Spain which was imported from Sweden. This ARDOS binder brand, is like a Rolls Royce binder of great quality, as years have gone by it still continues being one of the reference items.

At present Archivo 2000 has its own brand of ARCHICUBO, ARCHISYSTEM, ARDOS, ARCHIVOTEC, ARCHIRRADO, ARCHIPLAY, ARCHIVODOC, BUCCA and ARCHIVO 2000 and counts with a catalogue with more than 1.500 references. We should also point out that its presence in exhibitions both national and international level (PSI Dusseldorf, Paperworld Frankfurt and Promogift), has allowed it to form strategic alliances with a great number of European suppliers (Deflecto, Samsonite, Hansa, etc.) and to increase its presence in the foreign market.